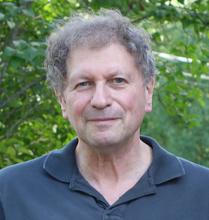 Stuart A. Newman is a professor of cell biology and anatomy at New York Medical College. He has contributed experimentally and theoretically to the understanding of morphogenesis and pattern formation in vertebrate and invertebrate systems. He has proposed explanations based on physico-genetic interactions for skeletal patterning of the vertebrate limb, the rapid emergence (with conservation of the developmental genetic toolkit) of animal body plans during the Ediacaran and Cambrian explosions, the origin of the animal egg, and the “embryonic hourglass” of comparative developmental biology. Newman has also written on historical, philosophical, and cultural aspects of biological research. He received a B.A. from Columbia University and a Ph.D. in chemical physics from the University of Chicago.