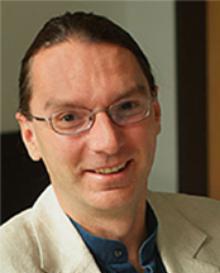 After undergraduate work in chemical engineering, Wagner studied zoology and mathematical logic at the University of Vienna, where he worked with the Viennese zoologist Rupert Riedl and the theoretical chemist Peter Schuster. He completed his PhD in theoretical population genetics in 1979 and then conducted postdoctoral research at Max Planck Institutes in Göttingen and Tübingen, as well as at the University of Göttingen. Wagner began his academic career in the Theoretical Biology Department of the University of Vienna in 1985. In 1991, he moved to Yale University as a full professor of biology and served as the chair of Yale's Department of Ecology and Evolution from 1997-2002 and then from 2005-2008. Wagner's research focuses on the origin, development, and evolution of morphological characters in several model systems, including vertebrate digits and endometrial stromal cells in placental mammals.