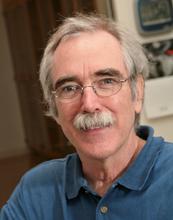 Eric Wieschaus is the Squibb Professor in Molecular Biology and the Lewis-Sigler Institute for Integrative Genomics at Princeton University. He was awarded the Nobel Prize in 1995 with Edward B. Lewis and Christiane Nüsslein-Volhard for their work revealing the genetic control of embryonic development. His research interests revolve around the patterning that occurs in the early Drosophila embryo. Most of the gene products used by the embryo at these stages are already present in the unfertilized egg and were produced by maternal transcription during oogenesis. A small number of gene products, however, are supplied by transcription in the embryo itself. The temporal and spatial pattern of transcription for these “zygotically” active genes may provide the triggers controlling the normal sequence of embryonic development. Wieschaus is also interested in how complex patterns of cell differentiation are established within epithelial cells at later stages of development.